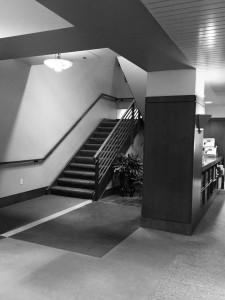 As explained in detail below, there are three types of visitor status: business invitee, licensee, and trespasser.  The duty of the person in control (the “possessor”) of the premises where the injury occurred is controlled by the legal status of the injured visitor at the time of the injury.  This may include the obligation of the possessor to protect the visitor against injuries from third parties or animals.

An understanding of negligence law in Oregon requires a brief discussion of pre- and post-1987 common law decisions.  Prior to 1987, Oregon generally held to a conventional approach to negligence cases, requiring the existence of a duty, a breach of that duty, causation, and damages.  However, since the cases decided in the period around 1987, common law negligence in Oregon now depends on whether the defendant’s conduct unreasonably created a foreseeable risk to a protected interest of the kind of harm that befell the plaintiff.

This change from the strict adherence to the traditional common law elements of duty, breach, causation, and damages was a result of the Oregon appellate courts’ perceived overuse of the cliché “duty” or “no duty.”  Oregon courts, therefore, began to encourage juries and judges to decide each case on its own facts.  Duty continues to play an affirmative role when the parties invoke a particular status, relationship or standard of conduct beyond the standards generated by common law.  This was the result of the so-called Fazzolari principle, which now governs negligence law in Oregon.  Fazzolari v. Portland School District 1J, 303 Or 1 (1987).

Premises liability is based on the fact that a defect in the land that poses a danger to those who are not in possession of the land, but are present on the land either for their own benefit or the benefit of their host.  The person in possession and control of land is obligated to cause no unreasonable harm to others in the vicinity.  W. Page Keeton, et al., Prosser and Keeton on the Law of Torts § 57 at 386 (5th ed 1984 and Supp 1988).  The particular duty owed by an occupier of land to a visitor is dictated by the visitor’s status.  Settle v. PGE, 81 Or App 474, 477 (1986), rev den, 302 Or 460 (1986).

Three categories of visitor status exist in Oregon:  invitee, licensee, and trespasser.  Stewart v. Kralman, 240 Or App 510, 517 (2011).  Business invitees are, for example, customers in stores, restaurants, gyms, or entertainment events.  Johnson v. Short, 213 Or App 255, 260 (2007) (stating that, “In general, a business invitee is a person who is invited to enter or remain on land for a purpose directly or indirectly connected with business dealings with the possessor of the land.”  (Internal citation and quotation marks omitted)).  A possessor of premises has the duty to “warn of latent dangers” and to “protect the invitee against dangers in the condition of the premises about which the [possessor] knows or should reasonably have known.”  Id. (internal citation and quotation marks omitted).

Most cases involving injuries to invitees concern allegedly defective conditions.  Stated simply, a licensee is someone who is on the premises at the possessor’s invitation and for the benefit of the licensee.  A good example might be the guest at a dinner party.  Determining whether the possessor of the premises breached a duty owed the licensee involves a three-part test.  For an injured licensee to recover, he or she must allege and prove all three parts.  The possessor of land is subject to liability for physical harm to a licensee caused by a condition of land if the possessor:

A more specific premises liability claim stems from the Oregon common law notion that a possessor of land has a duty to protect invitees from the negligent or intentional acts of third persons or animals.  If the possessor fails to exercise reasonable care to discover acts being done or likely to be done and fails to warn patrons or protect against harm by third persons, he or she is liable.  Restatement (Second) Of Torts §344 (1965).  See also Whelchel v. Strangways, 275 Or 297 (1976) (tavern owner who knows or should know of likelihood of boisterous conduct may be required to provide additional employees for protection of patrons).  A premises liability claimant must first have a premises liability theory to have a cause of action that the possessor of land did not protect him or her from the injuries of third parties.

However, if the injured party paid money to use the land, the statutory immunity is not available to the defendant.  ORS 105.688(3).  In such cases, the possessor must rely on conventional defenses for premises liability.

Assumption of the Risk

The doctrine of implied assumption of the risk has been abolished in Oregon.  ORS 31.620(2).  A defendant is prohibited from asserting implied assumption of the risk as an affirmative defense that might act as a complete bar to recovery.  Blair v. Mt. Hood Meadows Dev. Corp., 291 Or 293 (reh’g den, modified on other grounds by 291 Or 703 (1981)).  This statutory abolition was largely orchestrated by the powerful skiing industry–economically, the largest recreational industry in Oregon.

A defendant may choose to informally raise arguments that previously would have been allowed as affirmative defenses, e.g., implied assumption of the risk.  However, those arguments are now placed into the comparative fault equation.  In other words, if a defendant can establish that a plaintiff “voluntarily and unreasonably” undertook a risk created by the defendant’s conduct, the fact finder must consider such conduct in comparison to the defendant’s negligent acts.  Id. at 301.

Premises owners should be aware that at least one automated external defibrillator (“AED”) may be required in their buildings.  On January 1, 2010, Senate Bill (S.B.) 556, codified as ORS 431.690, took effect, requiring certain building owners to place at least one automated external defibrillator (“AED”) on their “premises.”  The requirement applies to “places of public assembly” which are defined as “facilities” that have at least “50,000 square feet” of “floor space” and where: (1) the “public congregates for purposes such as deliberation, shopping, entertainment, amusement or awaiting transportation;” or “business activities are conducted;” and (2) at least 25 people “congregate” there on a “normal business day.”  S.B. 556 (1)(a)-(b).

In other words, businesses and facilities with over 50,000 square feet of floor space must have a defibrillator on their premises if at least 25 people “congregate” there on a normal day.  A copy of the statute requiring AEDs is found at http://www.oregonlaws.org/ors/431.690

It is safe to assume that most product manufacturing facilities comprise 50,000 or more square feet.  However, despite the fact that this law has been in effect for more than three years, many Oregon businesses affected by the law are not compliant.

The AED law does not provide a definition for the word “congregate,” nor does it specify whether 25 people must be present at one time or can come and go over the course of an entire business day.  When Oregon courts interpret ambiguous language, they focus primarily on the text and context of the statute and secondarily on legislative history.  State v. Gaines, 346 Or. 160, 172, 206 P.3d 1042 (2009).  When analyzing the text of a statute, it is useful to consider the dictionary definition of any ambiguous words.  The dictionary definition of “congregate” is “to come together; to assemble; to meet,” or “to collect into a group, crowd, or assembly.”   Black’s Law Dictionary 301 (6th ed., West 1990), Merriam Webster’s Collegiate Dictionary 243 (10th ed., Merriam-Webster, Inc. 1997)

Given the dictionary definitions, one could reasonably argue that the new law applies only to businesses that have at least 25 people present at some point during the day (i.e. “assembled” or “together” at one time).  However, the legislative history of the bill may suggest a different interpretation.  S.B. 556 originally had no 25-person requirement, and therefore would have applied to all businesses with floor space exceeding 50,000 square feet.  This specification requiring at least 25 people to congregate was added by way of an amendment suggested during a work session of the Health Care and Veterans’ Affairs Committee (held on April 4, 2009).  At that meeting, Senator Wayne Morse expressed concern that the bill would require industrial warehouses with very few employees to install AEDs.  One of the bill’s sponsors, Senator Jeff Kruse, agreed and said that they intended the bill to apply to “big department stores,” shopping centers, “office buildings” and the like, but not sparsely populated warehouses.  Relying on this legislative history, it is more likely that the 25 person requirement was not intended to exempt stores that have more than 25 visitors during a day even if they are not all present at the same time.

For a business such as a large brick and mortar retailer, there are two threshold questions that determine whether ORS 431.690 (S.B. 556 applies).  First, does the store or other business have over 50,000 square feet of floor space?  And, second, do at least 25 people congregate at the business on a typical business day?  If the answer to both questions is yes, the business is subject to the AED requirement.  If a minimum of 25 people did not congregate during a typical business day, then there is a good argument that the business would be exempt from the law.

Note that the statute places no limitations on the reason the 25 people have congregated in one place.  The statute provides a nonexclusive list of some of the reasons people have for gathering in these places – “deliberation, shopping, entertainment, amusement or awaiting transportation.”  In the context of a “big box” retailer, for example, the 25 people would likely consist of any person present in the store including, but not limited to, all employees, shoppers, repair or maintenance contractors, or anyone else visiting the store.

Although this insight into the legislative history may be interesting, businesses should not get lost in debating the letter of the statute or meaning of what “congregate” signifies.  If the business believes it might in any way meet the parameters of the statutory requirements, they should simply install an AED.

The law does not specify where the AED should be located or contain any provisions regarding access.  The law merely specifies that the AED shall be “on the premises.”  Based on the absence of any specification, it does not appear that the AED necessarily need be available to any member of the public in the establishment at the time the AED is needed.

Part of S.B. 556 (now codified at ORS 30.802) Provides Protection From Liability For Those Who Comply With The AED Requirement

A provision of S.B. 556, now codified at ORS 30.802, provides a fairly broad immunity provision for those locations which comply with the statutory requirement and maintain an AED on premises, so long as the business is in compliance with the particulars of the immunity provision such as making sure there are employees trained in the use of the AED.  A copy of the statute providing liability protection is found at  http://www.oregonlaws.org/ors/30.802

The cost of AEDs has dropped precipitously with increased competition and more efficient mass production.  The benefits of compliance with the Oregon statute, including immunity from suit, vastly outweigh the risks of non-compliance.  Moreover, there is conclusive evidence that AEDs save lives.  If you have questions, please contact our office.