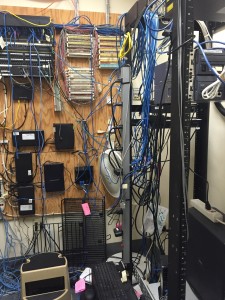 Olson Brooksby regularly handles the defense in product liability and high-exposure negligence cases.  The purpose of this article is to make other defense firms aware of the new stand-alone designation for Hoarding presented in the latest (Fifth) version of the American Psychiatric Association’s Diagnostic and Statistical Manual (DSM-V).

As we mentioned in a previous blog post, the new DSM-V, which was published in May, 2013, includes “Hoarding Disorder” (often abbreviated “HD” in the literature) as a stand-alone mental disorder for the first time in the history of the APA’s DSM publication.  Although HD had been discussed in earlier versions of the DSM as an aspect of Obsessive Compulsive Disorder (OCD), it did not provide anywhere near the detail of diagnostic criteria that the DSM-V provides.  Moreover, recent studies show that hoarding and OCD are not as similar as previously thought.

The new hoarding diagnosis could have important implications in the product liability defense context.  Some studies suggest that as many as six percent of all house fires are the direct result of hoarding.  With any product producing a heat source sufficient to cause a fire if used improperly, placing combustible materials in sufficient quantity, or sufficient proximity, to the ignition source has the potential to cause a fire.  This is often the scenario with fires involving hoarding behavior.

Will a hoarding diagnosis provide the product manufacturer a defense, based on misuse of the product, and thereby dispose a jury to allocate a significant percentage of comparative fault to a diagnosed hoarder?  Or will jurors be more inclined to sympathize with, or overlook, the hoarding behavior and be lenient in the assignment of comparative fault to the hoarder?  Since the hoarding diagnosis is new, this remains to be seen.

The basic criteria for a diagnosis of hoarding include:

A complete treatment of the diagnostic features of this newly categorized stand-alone mental disorder is beyond the scope of this article.  The essential feature of hoarding disorder is “persistent difficulties discarding or parting with possessions, regardless of their actual value.”  (Criterion A).  The word persistent indicates a long-standing difficulty rather than more transient life circumstances that may lead to excessive clutter, such as inheriting property.  The difficulty in discarding possessions noted in Criterion A refers to any form of discarding, including throwing away, selling, giving away, or recycling.  The main reasons given for these difficulties are the perceived utility or aesthetic value of the items or strong sentimental attachment to the possessions.  Some individuals feel responsible for the fate of their possessions and often go to great lengths to avoid being wasteful.

Nationally representative prevalence studies of hoarding disorder are not available.  Community surveys estimate the point prevalence of clinically significant hoarding in the United States and Europe to be approximately 2% – 6%, or roughly between 6 and 15 million Americans.  Hoarding symptoms may first emerge between the ages of 11 and 15, start interfering with the individual’s function by the mid-20s, and cause clinically significant impairment by the mid-30s.  Most participants in clinical studies are in their 50s, with the severity increasing with each decade of life.  Hoarding symptoms appear to be almost three times more prevalent in older adults (ages 55 – 94 years) compared with younger adults (ages 34 – 44 years).  Most study participants report the disorder symptoms a nearly constant presence, and not episodic.

Pathological hoarding in children is easily distinguishable from developmentally saving and collecting behaviors.  Hoarding behavior is familial, with about 50% of individuals who hoard reporting having a relative who also hoards.  Twin studies indicate that approximately 50% of the variability in hoarding behavior is attributable to additive genetic factors.  Approximately 75 metropolitan communities in the United States have task forces to address this disorder.

When defending a product liability case that resulted in a fire, it will be important to understand the new research distinguishing hoarding from OCD.  A new study, authored by Dr. David Tolin in the Journal of the American Medical Association, shows that patients with hoarding disorder exhibit different brain activity during decision making than patients with OCD, pointing to a biological distinction.  Dr. Jeff Szymanski of the International OCD foundation reported that after the study, they concluded that a hoarder is not a pack rat, a slob, or lazy.  “A part of their brain doesn’t work the way your brain works.”

Dr. Tolin used brain imaging (fMRI) to test how 107 people reacted when asked whether they wanted to keep a piece of junk mail or discard it.  Sometimes it was junk mail that belonged to the patient, and sometimes it belonged to someone else.  Forty-three participants had hoarding disorder and another 31 had OCD, or obsessive compulsive disorder, according to the study.

When the junk mail had a hoarding patient’s name on it, certain parts of that patient’s brain lit up, showing “abnormal activity” in the decision-making regions (the anterior cingulated cortex and the insula), according to the study.  When the mail listed someone else’s name, the same parts of the hoarder’s brain were abnormally quiet.  According to Tolin, “only hoarding patients showed this kind of activity, and OCD patients did not.

Now that Hoarding Disorder (HD) is a distinct, APA sanctioned, mental disorder, it will likely have ramifications in product liability cases for both plaintiffs and defendants.  Given the relatively high number of fires, usually implicating a product, defense attorneys involved in product liability litigation will need to understand the disorder in those cases where HD is suspected.  Because jurors may tend to sympathize with hoarders, who are often characterized by their counsel as suffering from something akin to a mental handicap (thereby – erroneously – relieving them of any fault), the impact of HD may be greater on product liability defense counsel than on plaintiffs’ counsel.