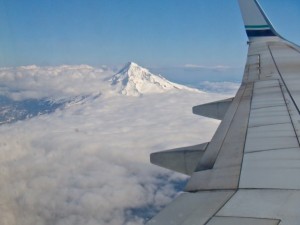 Laser beams on the ground pose a danger to aircraft — this is a serious issue that is well-known to commercial airline pilots.  The following is from Scott Brooksby’s article,  “Aircraft Laser Incidents: A Clear and Present Danger to Aviation Safety” published in the American Bar Association’s Mass Torts Practice Points on June 22, 2015:

The increase in reports of ground-based lasers targeting flying aircraft may be due to a number of factors, including the increased availability of inexpensive laser devices on the Internet, higher-power lasers that can strike aircraft at higher altitudes, and increased reporting by flight crews. Regulatory power for laser-light products is delegated to the FDA, and its regulations are found at 21 C.F.R. § 1010.

While some jurisdictions have made interdiction efforts using helicopters and other improved tracking methods, catching laser offenders is difficult. The devices are small, and when extinguished can be easily concealed and the location of the user can be in sparsely populated areas. To respond to the increasing attacks, the FAA launched the Laser Safety Initiative, which provides education on laser hazards and events, news, law, and civil penalties, and encourages reporting.

The latest reports indicate that aircraft illuminations by handheld lasers are overwhelmingly green, as opposed to the previously common red. This is significant because they are 35 times brighter than red, and the wavelength of green lasers is close to the eye’s peak sensitivity when they are dark-adapted. FAA flight simulation studies have shown that the adverse visual effects from laser exposure are especially debilitating when the eyes are adapted to the low-light level of a cockpit at night.

Restricted airspace surrounding commercial airports, in particular, can provide federal, state and/or local criminal penalties for violation with a laser, even if the operator is not operating the laser within the space, but merely causes the beam to intersect the controlled airspace to target an aircraft. In the United States, laser-airspace guidelines can be found in FAA Order JO 7400.2 (Revision “G” as of April 2008). Although it is far beyond the scope of this note, Chapter 29 of the order provides a comprehensive overview of the FAA’s laser guidelines.

In 2011, the FAA announced plans to impose civil penalties against people who point a laser into the cockpit of an aircraft. The FAA released a legal interpretation that concluded that directing a laser bean into an aircraft cockpit could interfere with a flight crew performing its duties while operating an aircraft, a violation of FAA regulations. The legal interpretation includes an analysis of 14 C.F.R. § 91.11, which establishes that “[n]o person may assault, threaten, intimidate, or interfere with a crewmember in the performance of the crewmember’s duties aboard an aircraft being operated.”

14 C.F.R. § 91.11 had initially been adopted in response to hijackings. However, the FAA legal interpretation concluded that nothing in the regulation specified that the person interfering must be on the airplane. Previously, the FAA had taken enforcement action only against passengers on board the aircraft that interfere with crewmembers. The maximum civil penalty is $11,000. By June 2012, the FAA had initiated 28 enforcement actions.

The unprecedented escalation in the number of recent aviation laser incidents, coupled with more powerful lasers, wide and easy availability of lasers, the increasingly bold use and difficulties with interdiction, all pose problems. The undisputed evidence that lasers pose a danger to flight crews suggests that a tragic accident may only be a matter of time.