US News designates Olson Brooksby as a Tier 1 Commercial Litigation firm in the Portland Metropolitan Area.

Firms that are included in the 2023 “Best Law Firms” list are recognized for professional excellence with consistently impressive ratings from clients and peers.  Receiving a tier designation reflects the high level of respect a firm has earned among other leading lawyers and clients in the same communities and the same practice areas for their abilities, their professionalism and their integrity.

The first tier in each metropolitan area includes those firms that score within a certain percentage of the highest-scoring firms based on client surveys and peer review.

Since 2019, Olson Brooksby has been included in U.S. News and World Report’s list of “Best Law Firms.”

In 2022, Olson Brooksby has the distinction of being selected by U.S. News for two separate practice areas in the Portland, Oregon regional law firm rankings: Commercial Litigation and Product Liability Litigation–Defendants.

For the second year in a row, Scott Brooksby has been selected by his peers for inclusion in Best Lawyers® and The Best Lawyers in America© in two separate practice areas: Commercial Litigation and Product Liability Litigation–Defendants.

2021 was the first year that the litigation firm was recognized for its work in two separate practice area categories: Commercial Litigation and Product Liability Litigation–Defendants. Olson Brooksby is recognized as a Best Law Firm in those two categories again in 2022.

Law firms that are included in the 2022 “Best Law Firms” list are recognized for professional excellence with persistently impressive ratings from clients and peers. Receiving a tier designation reflects the high level of respect a firm has earned among other leading lawyers and clients in the same communities and the same practice areas for their abilities, their professionalism and their integrity.

Dave’s Killer Bread filed a lawsuit against Kristin’s client in Oregon.  Kristin’s client responded by suing Dave’s in Montana.  A dispute arose regarding the most appropriate venue–Oregon or Montana–for this complex commercial litigation case.

In a Motion to Dismiss, Kristin argued that the case should be litigated in Montana and that the Oregon lawsuit should be dismissed in its entirety.  The United States District Court for the District of Oregon agreed, and dismissed the case against Kristin’s client. 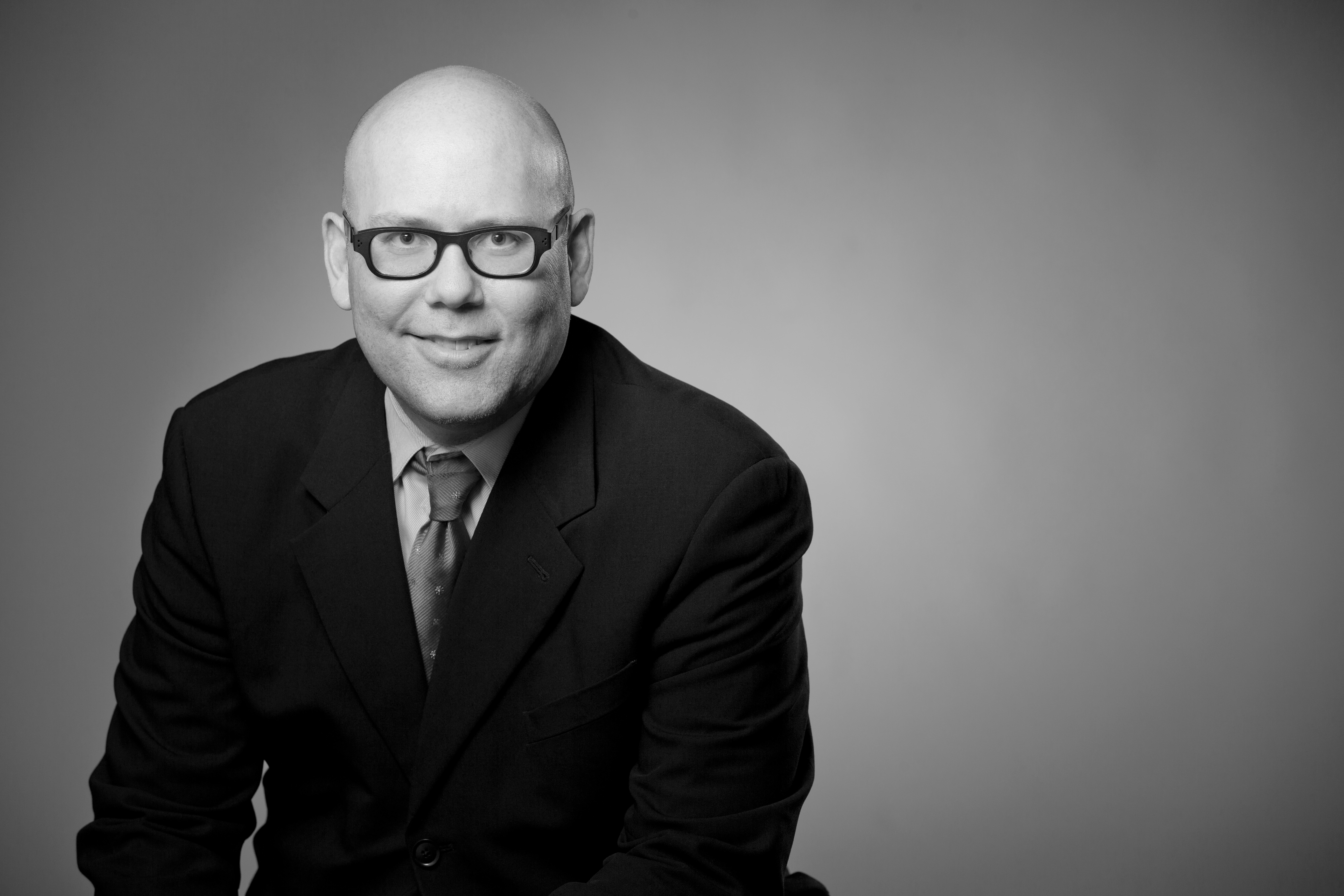 For purposes of forum non conveniens motions, Article 33 of the Montreal Convention provides that there are five forums in which a plaintiff may bring claims against a carrier:

1. the domicile of the carrier;

2. the principal place of business of the carrier;

3. the place where the airline ticket was purchased;

4. the place of destination; and,

5. in personal injury cases, the principal and permanent place of residence of the plaintiff

Under the fifth jurisdiction principle, a plaintiff may bring the lawsuit for personal injuries in the forum in which he or she has his or her principal and permanent place of residence, and to or from which the carrier operates flights, and in which the carrier leases or owns commercial premises by itself or by another carrier with which it has a commercial agreement. A “commercial agreement” means an agreement made between carriers and related to joint service of passengers by air. Montreal Convention, supra, art. 33 § 3(a).

The MMTJA and Foreign Aviation Disasters
Although the Warsaw and Montreal Conventions addressed many aspect of air crash litigation, they did not specifically address U.S. federal court handling of mass disaster litigation, and they addressed only aviation-related cases against carriers. In 2002, the MMTJA was enacted to create greater efficiency in disaster cases in the federal system. The MMTJA grants district courts original jurisdiction where minimal jurisdictional requirements are met and where the cases arise out of a “single accident, where at least 75 natural persons have died in the accident at a discrete location[.]” 28 U.S.C. § 1369(a). The permissible lawsuits include both wrongful death and personal injury.

The first case arising under the MMTJA was the Station nightclub fire in West Warwick, Rhode Island, on November 20, 2003, in which 100 people were killed and 230 injured. Lawsuits were filed throughout New England in state and federal courts. Passa v. Derderian, 308 F. Supp. 2d 43 (D.R.I. 2004).

(2) any two defendants reside in different States, regardless of whether such defendants are also residents of the same State or States; or

(3) substantial parts of the accident took place in different States.

Under the MMTJA, “minimal diversity” exists between adverse parties if any party is a citizen of a state and any adverse party is a citizen of another state or a foreign state. Corporations are deemed to be a citizen of any state in which it is incorporated, or has its principal place of business, and is deemed to be a resident of any state in which it is licensed to do business or is doing business. 28 U.S.C. § 1369(c)(1)–(2). The district courts must abstain from hearing any action in which the “substantial majority” of all plaintiffs are citizens of a single state in which the primary defendants are also citizens, and from hearing any claims that are governed primarily by state law. 28 U.S.C. § 1369 (b)(1)–(2). Therefore, the MMTJA provisions providing for removal are much broader than the diversity jurisdiction requirements under 28 U.S.C. § 1332.

Siswanto v. Airbus S.A.S., 2015 WL 9489952 (N.D. Ill. Dec. 30, 2015), arose from the December 28, 2014, crash of Air Asia Flight No. 8501, an Airbus A320-216 flying from Indonesia to Singapore. During flight, a rudder system malfunctioned. Subsequent miscommunication between the pilots and a crew member’s removal of a circuit breaker disengaged the autopilot and caused the plane to roll and enter a prolonged stall before crashing into the Java Sea. All 155 passengers and 7 crewmembers were killed. The investigation was handled by the Indonesia National Transportation Safety Committee, which released its final report on December 1, 2015. Komite Nasional Keselamatan Transportasi, Republic of Indonesia, Final Aircraft Accident Investigative Report (2015).

The heirs and personal representatives of the deceased brought product liability and negligence claims against several defendants, including Airbus. Airbus moved to dismiss for lack of minimum contacts under the Fifth Amendment Due Process Clause. The plaintiffs proceeded only under a theory of general personal jurisdiction arising from Airbus’s extensive contacts with the United States as a whole.

The court reasoned that because the case was brought under the MMTJA, Federal Rule of Civil Procedure 4(k)(l)(C) and the MMTJA enabled the court to consider Airbus’s contacts with the United States as a whole, and not just with the state of Illinois. However, nothing in the statutes overrode Airbus’s constitutional due process protections governing the court’s exercise of personal jurisdiction. Siswanto, 2015 WL 9489952, at *1.

Early in its jurisdictional analysis, the court noted that despite the geographic expansion of service and, in turn, the initial scope of personal jurisdiction, Rule 4(k)(1)(C) and section 1697 do not override the controlling constitutional limitations of the court’s exercise of general or specific personal jurisdiction imposed by the Fifth Amendment’s Due Process Clause. Siswanto, 2015 WL 9489952, at *2 (citing KM Enters., Inc. v. Global Traffic Techs., Inc., 725 F.3d 718, 723, 730–31 (7th Cir. 2013)). The court noted that the traditional “minimum contacts” test from International Shoe Co. v. Washington, 326 U.S. 310, 316 (1945),still governs even when the basis of personal jurisdiction involves a statute providing for nationwide service of process. Siswanto, 2015 WL 9489952, at *2.

Judge Blakey reasoned that when defendants are domiciled in the United States, the due process analysis under a nationwide service of process is straightforward. Because domestic companies and individuals “almost by definition” have minimum contacts with the United States, there may be general personal jurisdiction in any federal court in the country.Id. at *3.

The court noted that because Airbus is not a domestic company, the plaintiffs must show its contacts with the United States are sufficient to support either general or specific jurisdiction, and that general personal jurisdiction required “continuous and systematic general business contacts” such that Airbus is “essentially at home in the forum,” here, the United States as a whole, and not just the state of Illinois. Id. at *4 (citing Abelesz v. OTP Bank, 692 F.3d 638, 654, 656 (7th Cir. 2012)). The court concluded that, under Abelesz, the court’s inquiry is not whether Airbus’s contacts with the forum are simply “extensive in the aggregate.” Id. at *3 (internal citations omitted).

There was no dispute that Airbus was incorporated and had its principal place of business in France. For at least the five previous years, Airbus had not maintained any offices or employees or owned or rented property in the United States. All manufacturing on the aircraft occurred in Europe, and none of Airbus’s subsidiaries in the United States undertook this work. The A320-216 had been issued a type certificate by the European Safety Agency but not by the Federal Aviation Administration (FAA). The aircraft was sold to Air Asia Berhad, a Malaysian airline carrier that did not operate in the United States, and the aircraft had never been flown in the United States. Id. at *2.

Second, the plaintiffs argued that Airbus spends 42 percent of its aircraft-related procurement in the United States. The court also rejected this argument, stating that mere purchases, “even if occurring at regular intervals,” do not establish general personal jurisdiction when the underlying cause of action is not related to those purchases. Id. (citingHelicopteros Nacionales de Colombia, S.A. v. Hall, 466 U.S. 408, 418 (1984)); accordDaimler, 134 S. Ct. at 757.

Third, the plaintiffs argued that contacts from Airbus’s “separately incorporated” subsidiaries should be imputed to Airbus because they maintained a physical presence in the United States. The court rejected this argument on the basis that the general rule is that jurisdiction contacts of a subsidiary are not imputed to the parent. Id. (citing Abelesz, 692 F.3d at 658–59 (internal citations omitted)).

Fourth, the plaintiffs cited a 2006 article showing that the FAA certified another aircraft model, the Airbus A380. The court also rejected this argument, finding that the isolated fact of the certification of another model aircraft had no special significance as far as personal jurisdiction is concerned. Id.

Thus, on December 30, 2015, the court granted Airbus S.A.S.’s Rule 12(b)(2) motion to dismiss for lack of personal jurisdiction. In doing so, the court rejected the plaintiffs’ argument that dismissing Airbus would set the dangerous precedent of effectively exempting Airbus from the MMTJA. The court reasoned that “[a]lthough Airbus’ contacts with the United States may have been extensive, plaintiffs have fallen far short of showing the de factorelocation that the Supreme Court has required for a foreign corporate defendant to satisfy general personal jurisdiction.” Id. at *5 (emphasis in original).

Conclusion
The significance of Siswanto and the MMTJA is that jurisdiction is analyzed on a nationwide basis, and not merely on a state-by-state basis or by looking at any particular state. Airbus’s contacts with Illinois or any other individual state are not discussed. Therefore, under the MMTJA, the court could have found that if Airbus was subject to jurisdiction in any state, jurisdiction would have been proper in Illinois as the state where the MMTJA case against Airbus was pending. Even under the statute’s broad jurisdictional sweep, encompassing the United States as a whole, a major non-American aircraft manufacturer was not in Siswanto, and may well not be in future cases, subject to personal jurisdiction anywhere in the country