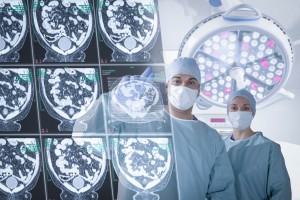 Most seasoned defense attorneys are well aware of the three subjects that often tend to cause far higher-than-expected verdicts: burns, kids, and cancer.  In this article we will address the danger of situations where there is not only a child, but the child is severely burned.

In prior posts we addressed burn classification, conventional treatment modalities, and aspects of expected outcomes.  We will not repeat that information here but instead address some general mortality statistics and where children, specifically those age six and younger, fit in.  We will also address experimental and new therapies for children, as described in the recent literature, including the use of virtual reality, albuterol inhalants, and aerosolized Heparin/Acetylcystine therapies.  All of these therapies have been shown to lower mortality rates in children.

Regardless of the burn mechanism, defending a pediatric burn case, especially if it was fatal, can be extremely difficult.  Juries tend to be very sensitive to burn injuries, especially in cases involving children.  Therefore, the product liability or aviation defense lawyer must have an in-depth understanding of the mechanics of burn injuries and available treatment options, particularly in those cases where inhalation injury is a component.  Both an aircraft cabin and a home are confined spaces that can be filled with fatal levels of smoke, sometimes within seconds.  Given these considerations, it is essential that the defense attorney be thoroughly prepared, armed with both knowledge and empathy.

According to the National Burn Repository,[1] which gathers and analyzes statistical data from burn centers throughout the United States and Canada, there were 126,000 hospital admissions for burns from 1995 – 2005.  The mean burn size was 13.4 percent total body surface area (TBSA) with sixty-two percent of the full thickness burns covering less than ten percent TBSA.  Sixty-one percent of patients were transferred to another hospital for a higher level of care.  Six and one-half percent of admissions had inhalation injuries.  The data also show that the patients were seventy percent male with a mean age of 33 years.  Flame and scald burns accounted for seventy-eight percent of all burn injuries.

The prognostic burn index, a sum of the patient’s age and percentage of TBSA burn, was used as a gauge for patient mortality for many years.  This index suggested that by taking into consideration the patient’s age and the size of their full thickness TBSA burn, and adding twenty percent for inhalation, the patient’s mortality probability could be predicted.[2]  Advances in early excision of burn eschar,[3] skin grafting, early enteral feeding,[4] and wound closure with advanced techniques (skin substitutes) have altered the simple mathematical calculation.[5]  Patients with a prognostic burn index of 90 – 100 now have a mortality rate in the 50 – 70% range with poorer outcomes at both extremes of age.[6]

The Importance of Pediatric Treatment in Cases Involving Inhalation Burns

In smoke inhalation injury, there is a destruction of the ciliated epithelium[8] that lines the tracheobronchial tree.  Casts[9] from these cells cause upper-airway destruction, and this leads to obstruction, causing pulmonary failure.  In one recent study, the reduction in mortality in pediatric patients with inhalation injuries placed on a regimen of aerosolized heparin[10] and acetylcystine[11] was tested.[12]  Forty-seven children, acting against forty-three controls, received 5000 units of heparin and 3 ml of a 20% solution of acetylcystine aerosolized every four hours for the first seven days of injury.  All patients were extubated when they were able to maintain spontaneous oxygen levels.  The number of patients requiring re-intubation for successive pulmonary failure was recorded, as was mortality.

The results indicate a significant decrease in re-intubation rates, incidence of atelectasis,[13] and mortality for patients treated with the regimen of heparin and acetylcystine when compared with the controls.  Heparin/acetylcystine nebulization in children with massive burn and smoke inhalation injuries results in a significant decrease in incidence of re-intubation for progressive pulmonary failure and a reduction in mortality.

In one experimental case, virtual reality was tested for pain management.[14]  Managing high pain levels associated with pediatric burns can result in a decreased reliance on opioid medications and can potentially minimize future risk of developing psychiatric problems.  During the study, hospitalized patients over the age of six and without facial burns were selected.  A lightweight helmet with binocular display provided patients with a Virtual Reality (VR) experience during acute pain procedures such as wound care or therapy.  Pain levels were assessed using the Faces Pain Scale (FPS).[15] Constitutional signs and symptoms, opioid medication usage, as well as nursing and family member assessments of pain were also recorded.  VR provided a three-dimensional computer-simulated environment where patients could see, hear, and interact with objects displayed in the virtual world.

Olson Brooksby has defended many product liability and aviation cases where the resulting injury was a serious, sometimes fatal, burn.  From a defense perspective, such cases pose difficulties if defense counsel is not prepared to skillfully handle the cross examination of the treating burn physician.  The best way to do so is to be familiar with the prevailing treatment methods and the relevant literature.  Conversance with the literature will provide a working understanding of the techniques that were available to the treatment team to minimize the pediatric burn patient’s pain and increase the likelihood of survival.

[3] Dead matter cast off the surface of the skin after a burn.

[4] Tubal feeding through the intestine.

[8] Threadlike projections from the free surface of epithelial cells such as those lining the trachea, or bronchi.  The propel or sweep materials, such as mucus or dust across a surface such as the respiratory tract.  Taber’s Cyclopedic Medical Dictionary, 19th Ed.. 2001. Venes. D., Ed., F.A. Davis Co., Philadelphia.

[9] Pliable or fibrous material shed in various  pathological conditions, the product of effusion.  It is molded to the shape of the part in which it has been accumulated, i.e., bronchial or tracheal casts.  Taber’s Cyclopedic Medical Dictionary, 19th Ed.. 2001. Venes. D., Ed., F.A. Davis Co., Philadelphia.

[10] Heparin is an aparenteral anticoagulant drug with a faster effect than warfarin or its derivatives.  It is composed of polysaccharides that inhibit coagulation by forming an antithrombin. An antithrombin is anything that prevents action on the thrombin.  The Thrombin is an enzyme formed in coagulating blood which reacts with soluble fibrinogen to form a blood clot.  Taber’s Cyclopedic Medical Dictionary, 19th Ed.. 2001. Venes. D., Ed., F.A. Davis Co., Philadelphia.